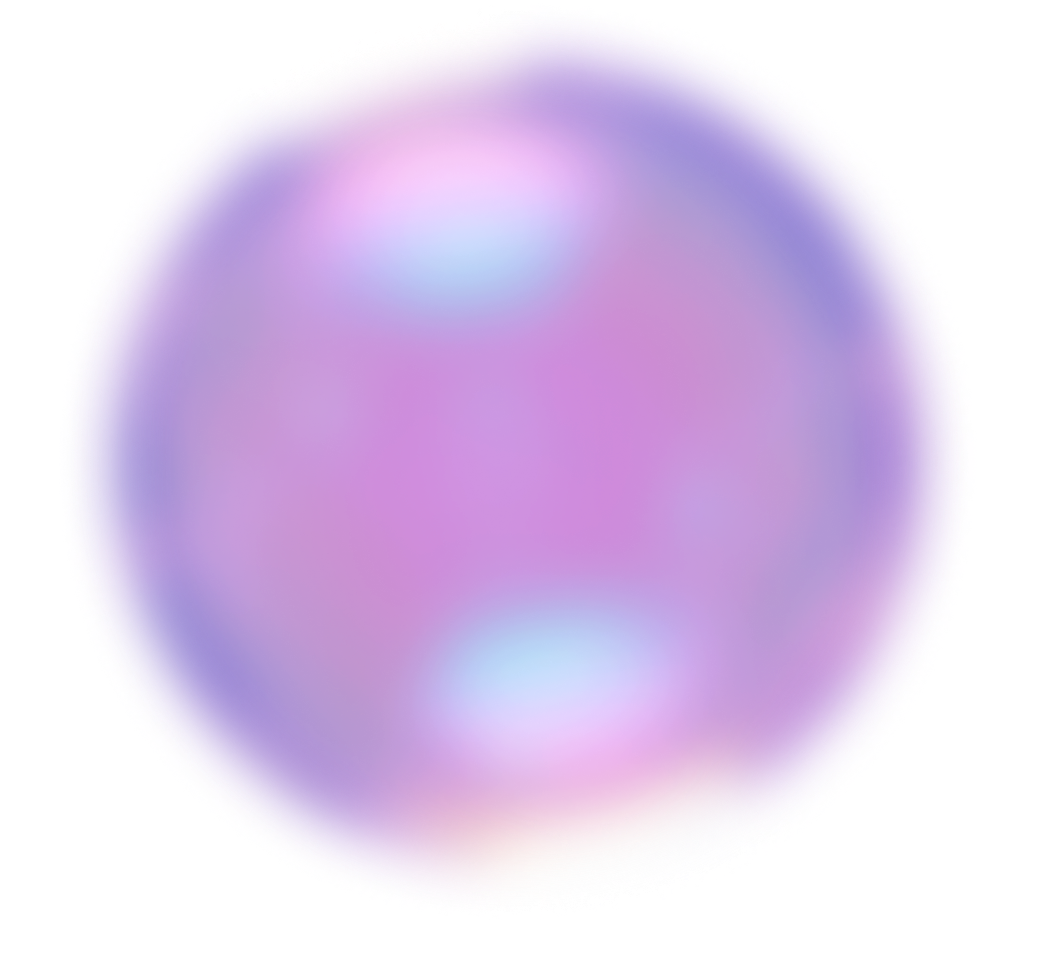 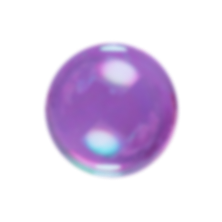 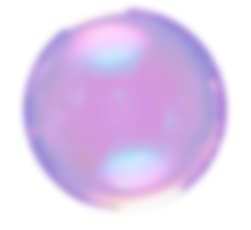 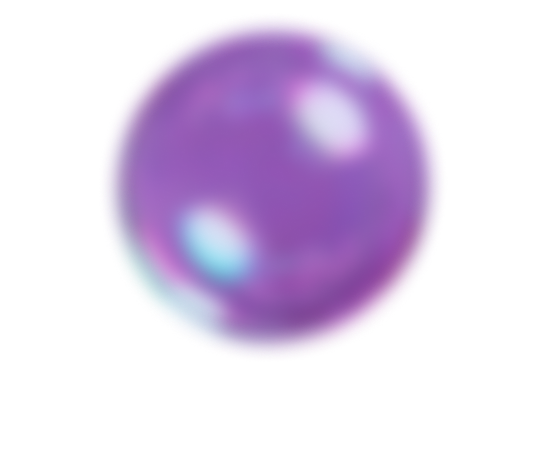 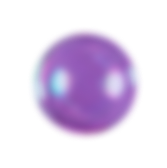 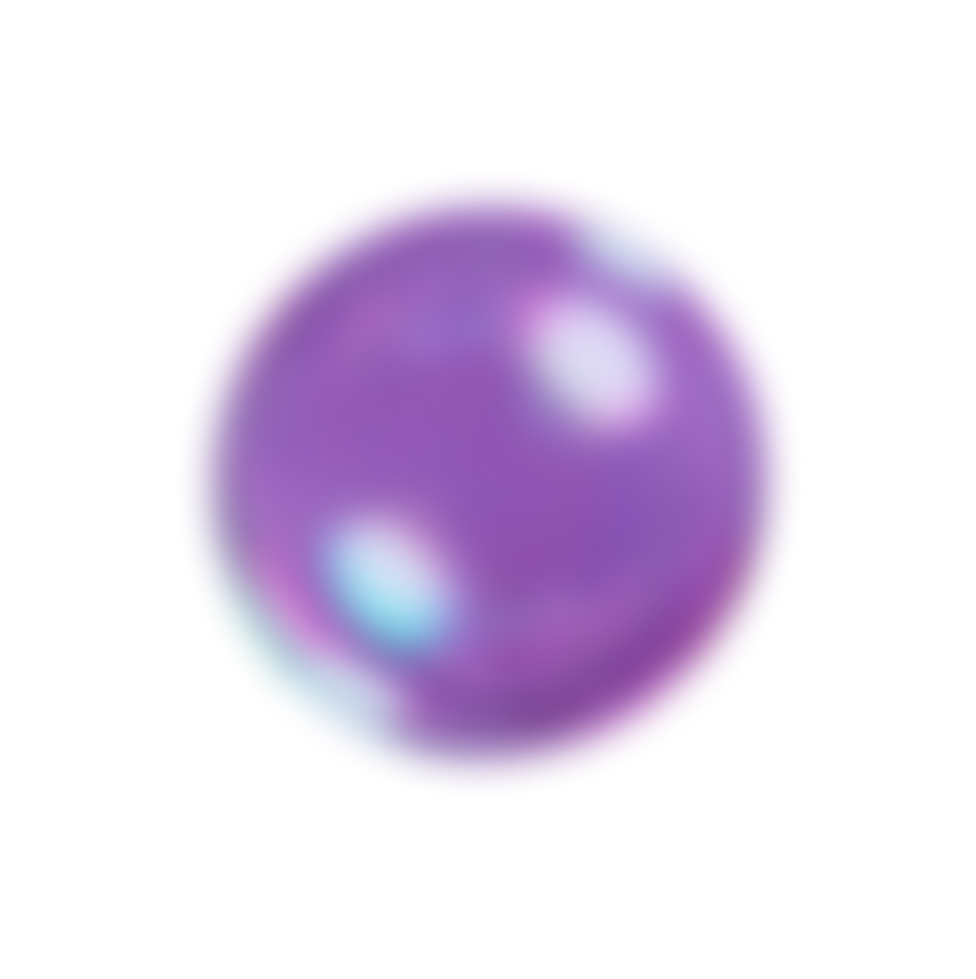 What tomorrow’s consumers are really thinking 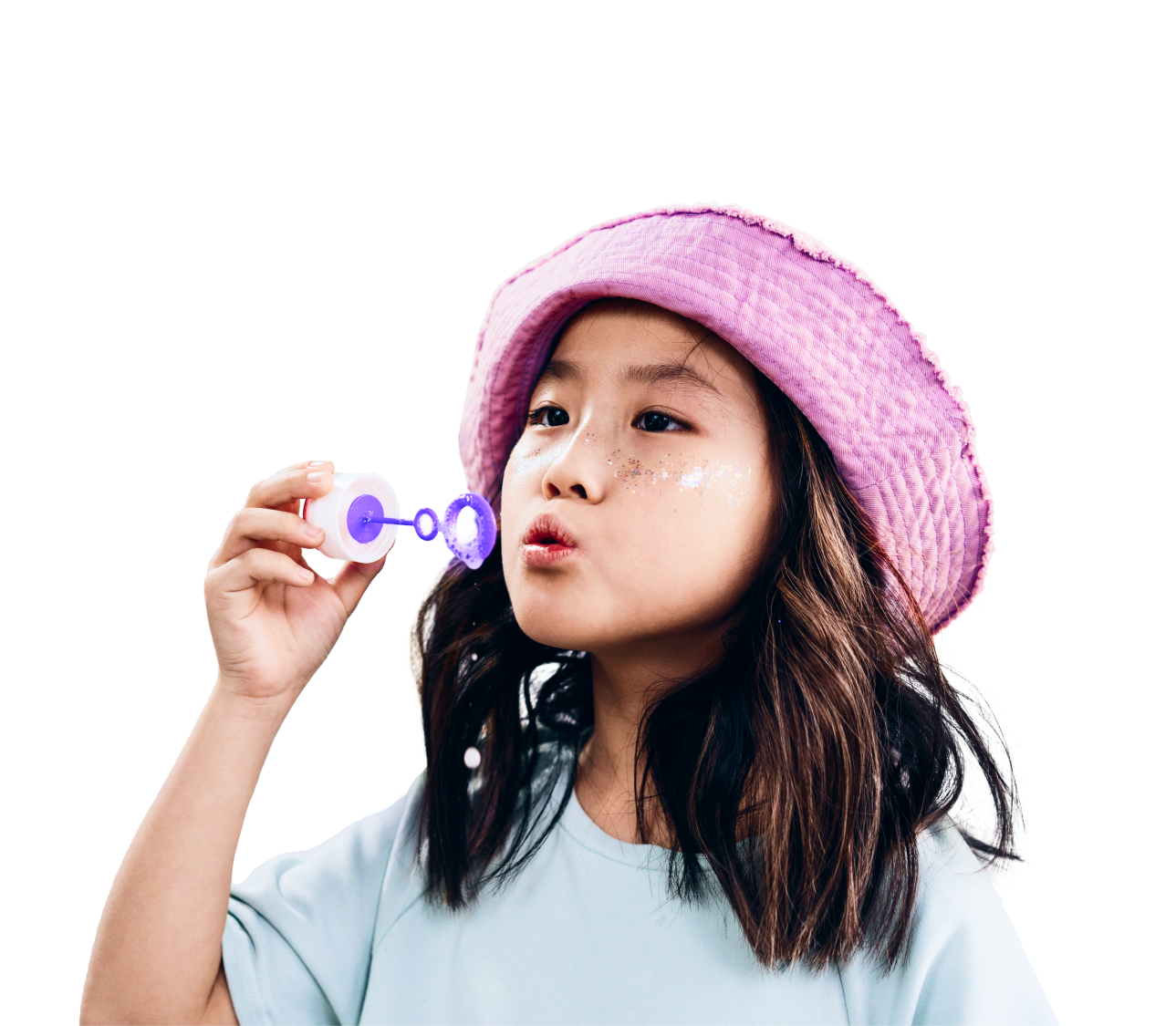 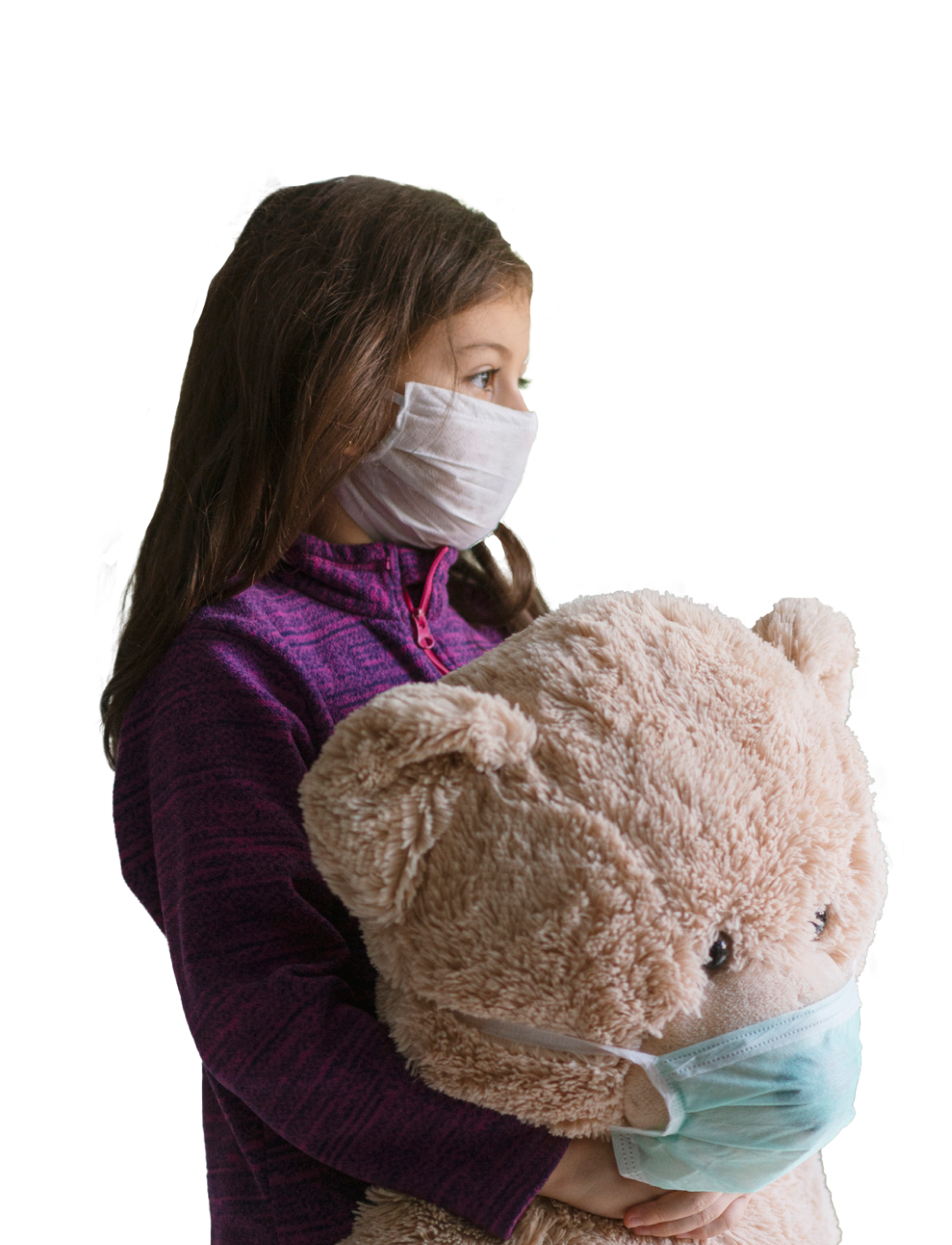 Lockdowns were hard on us all, but Gen Alpha has had two formative years stolen from them

Since 2021, kids have grown less worried about not seeing loved ones, falling behind at school, and the future in general. They’re showing signs of resilience, but we can’t expect them to return to where they were before Covid; their current feelings will surely shape their attitudes as they grow up. 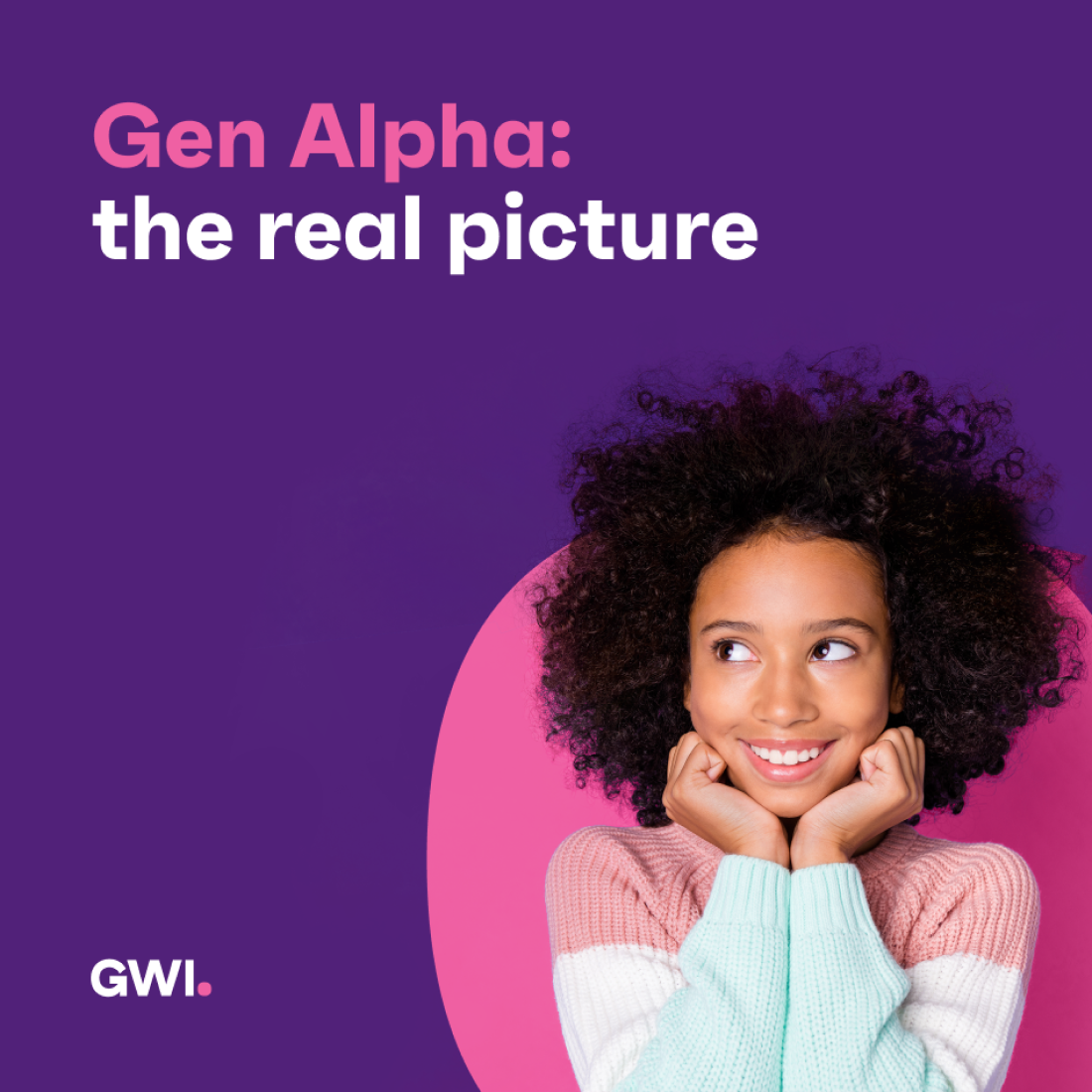 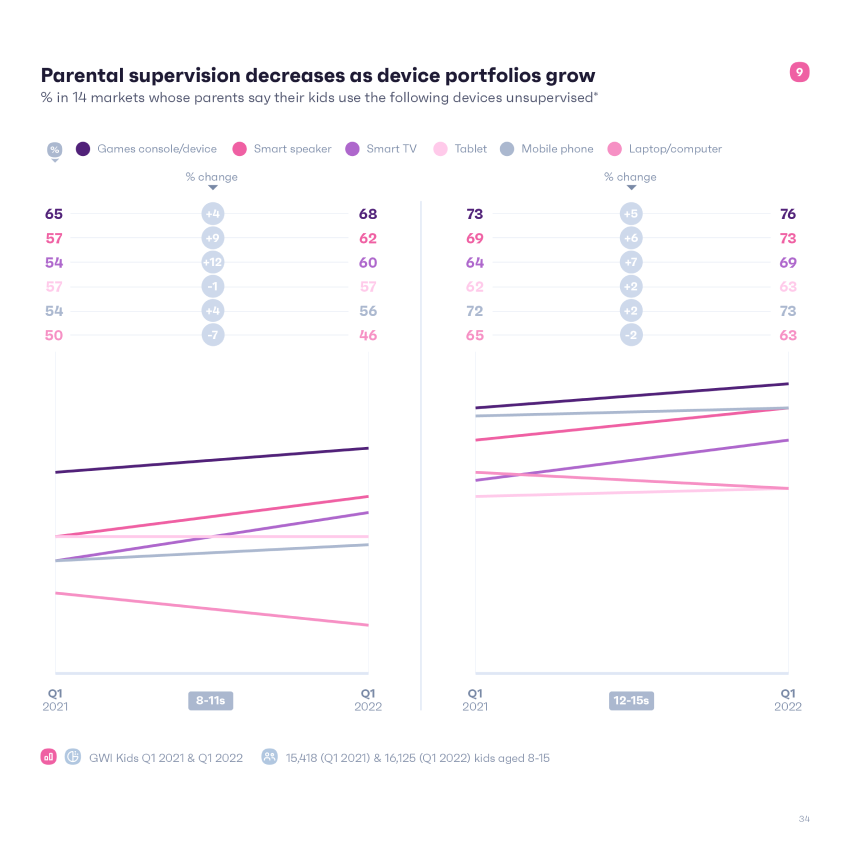 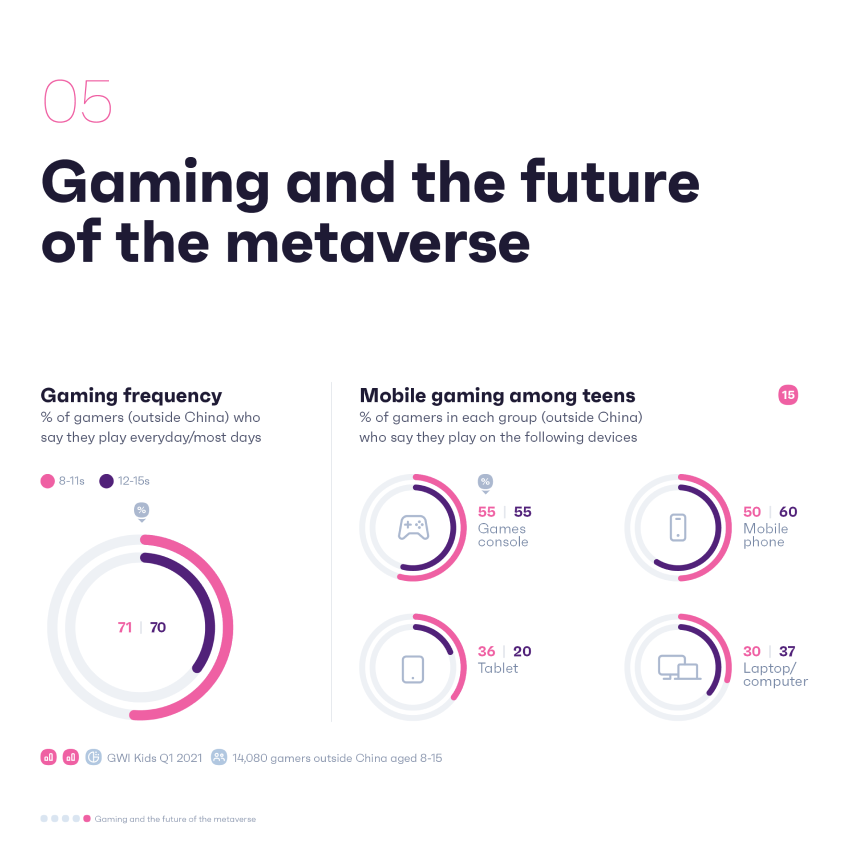 How Gen Alpha sees the world

Gen Alphas are what researchers call “upagers” – they’re more socially aware at a young age and become consumers more quickly. There are a number of reasons for this.

According to the US Census, Gen Alpha will be the most diverse generation in history, and this reality is shaping kids’ expectations. If the success of Disney’s Encanto wasn't enough, our data shows that fair representation is already on their minds. Helping people and everyone being treated the same are top of teens’ priority list, and a third already pay attention to diversity in media.

The same is true of sustainability. Gen Alphas are maturing in a time of climate emergency, and their attitudes echo this.

of teens are either interested in the environment or climate change

See how this applies to the US

Get the US report 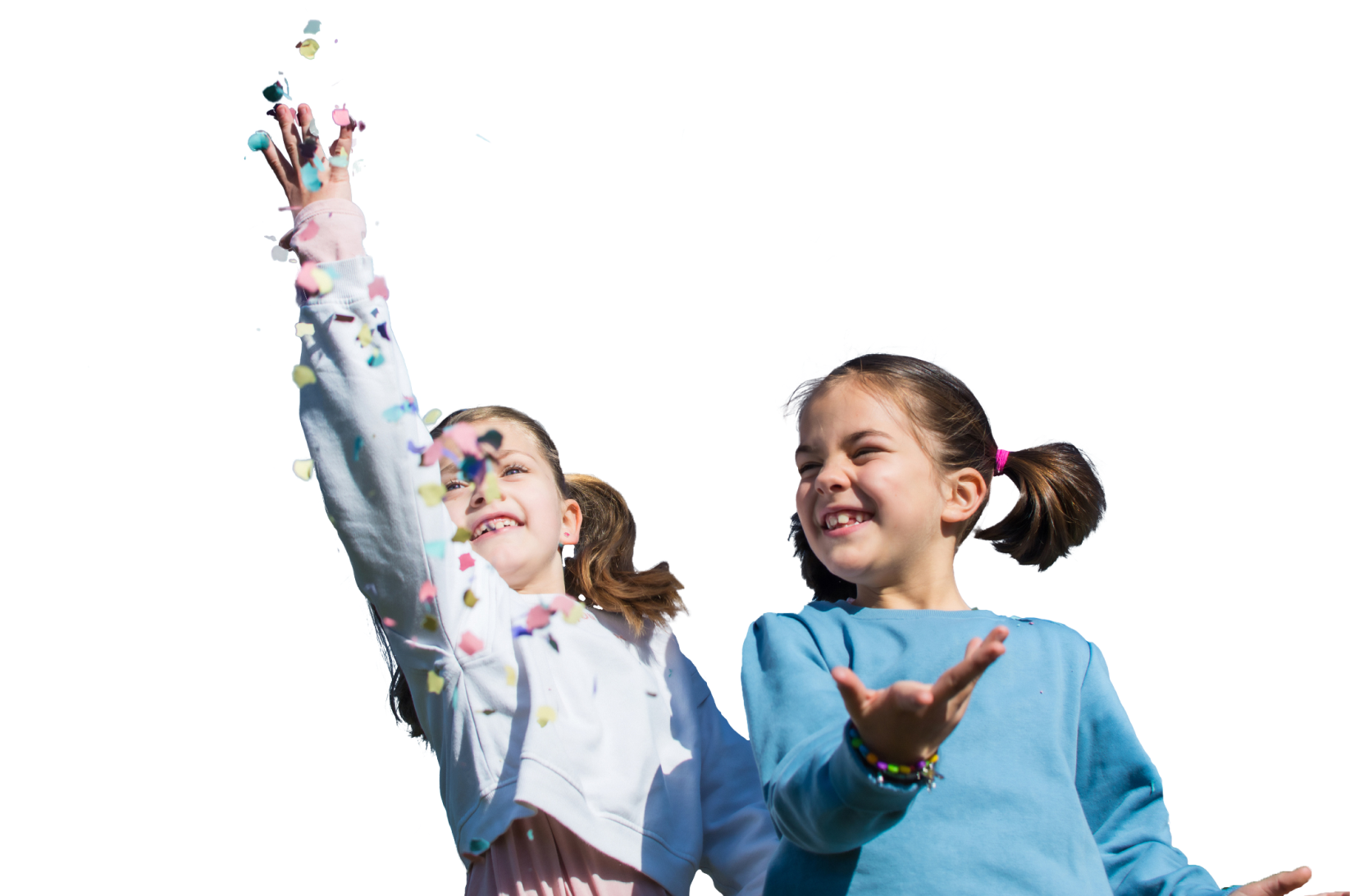 But we can’t just call them “eco-warriors” and be done with it. Among younger groups, in particular, the narrative is changing from one of personal responsibility to one of top-level action. It’s likely many Gen Alphas will expect big organizations to do the heavy-lifting on sustainability and will show loyalty toward those who do. Teens currently rate caring for the planet higher than recycling, which is a sign they’re already making distinctions between individual behavior and large-scale goals.

The physical world vs. the virtual world

of kids say they see their friends on the weekend, while 39% say they talk to them online

Despite gadget portfolios growing, parents are actually less likely than a year ago to describe their kids’ device usage as heavy (-14% for 8-11s and -7% for 12-15s). A lot of this can be attributed to the end of online education for many. But our data also hints at a broader cultural shift following screen fatigue from the past couple of years. The extent of digital exposure appears to have put kids off tech somewhat.

The shifts in teens’ interests and favorite subjects at school say a lot here. There’s a decreasing enthusiasm for computers/coding across the board and a bigger emphasis on physical or real-world activities. For example, when it comes to their favorite subjects, 12-15s have replaced IT & computing with gym class/sports. Similarly, computers have gone down from 5th to 8th place in their list of interests, with things like holidays/vacations and animals/pets more appealing now. 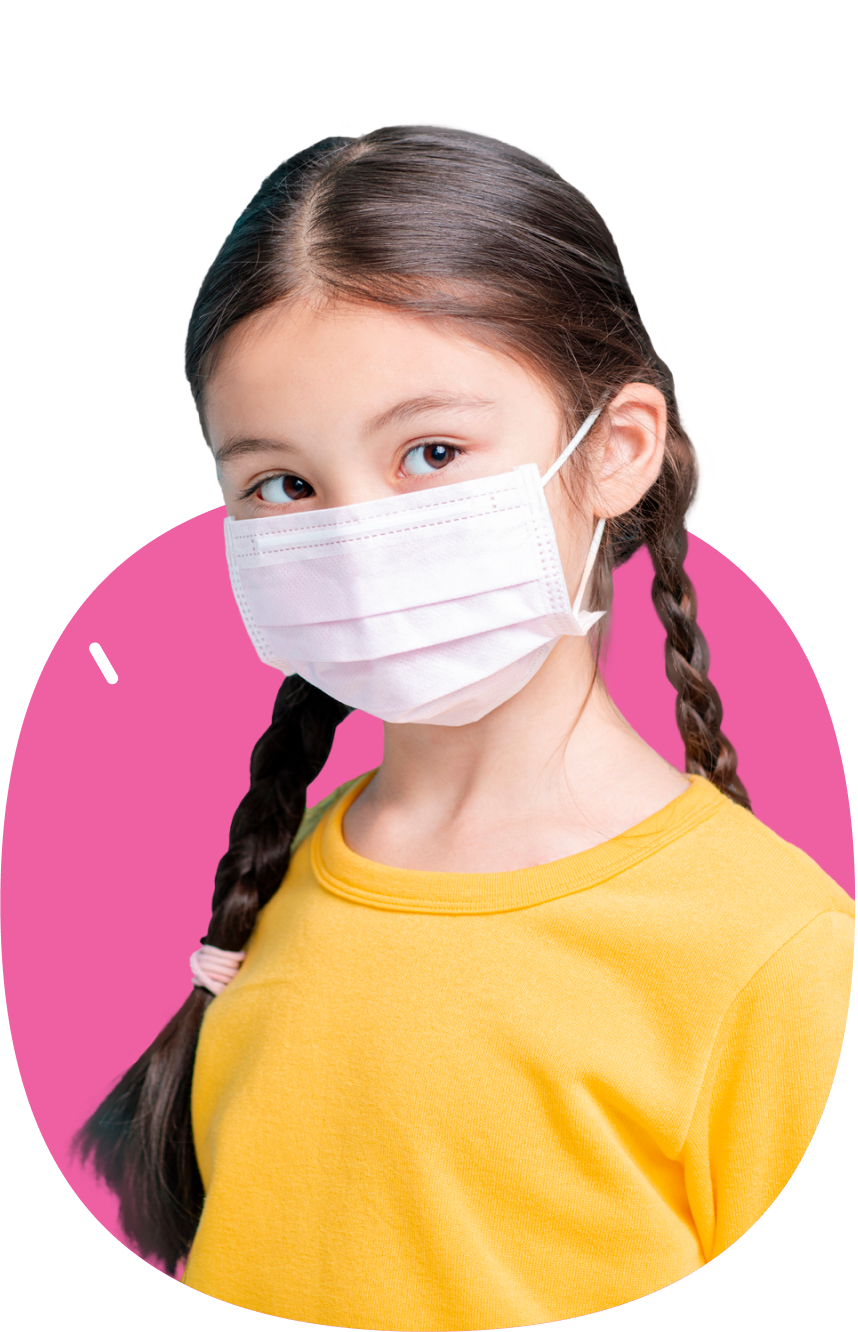 Although concerns about falling sick are declining among adults, for Gen Alpha, the opposite is true: there’s been a 10% rise in those worried about getting ill since 2021.

Tools that suggest preventative measures teens can take to safeguard their health will put more at ease.

And on the emotional side of things, initiatives that encourage them to open up stand to do a lot of good, given 39% of 12-15s say talking about their feelings is important to them.

Two forms of entertainment stand out as becoming more important to kids since the pandemic – cinema and podcasts. It’s hardly a coincidence both of these activities don’t involve staring at mobile phones. A shift away from the smaller screens is evident. 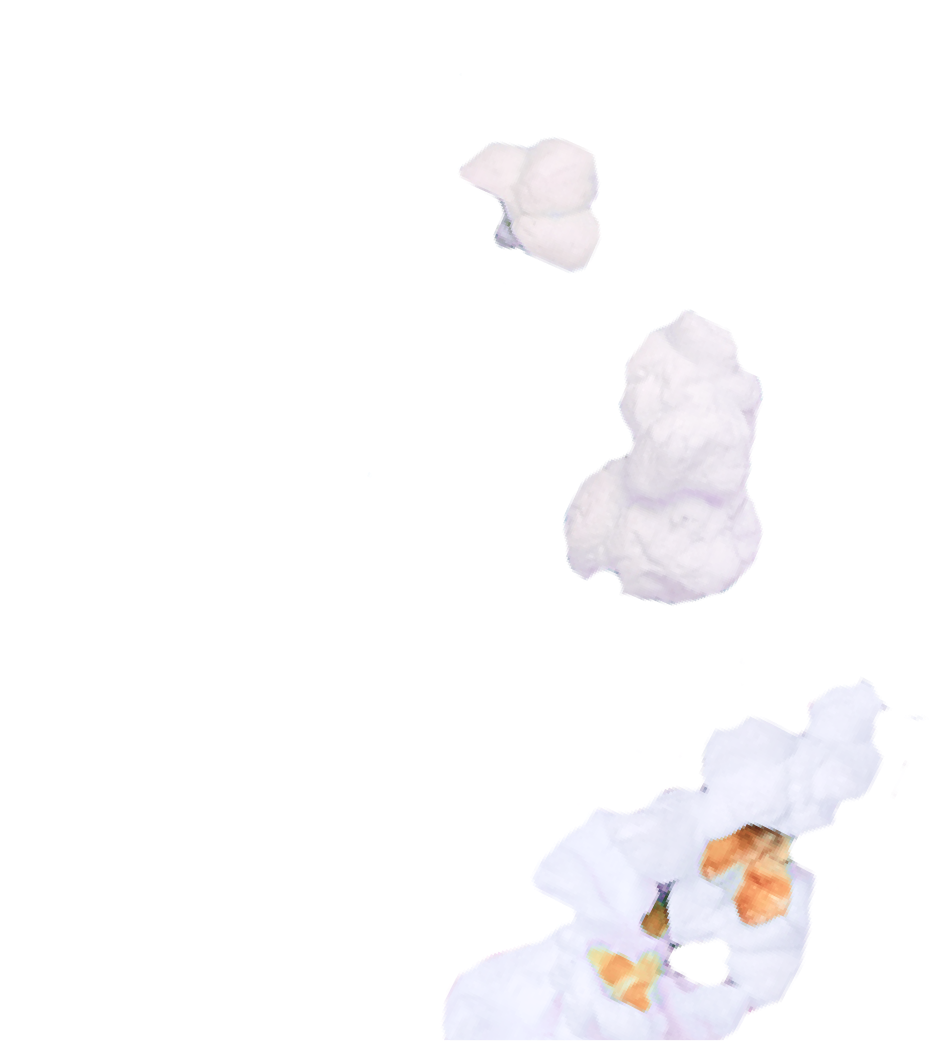 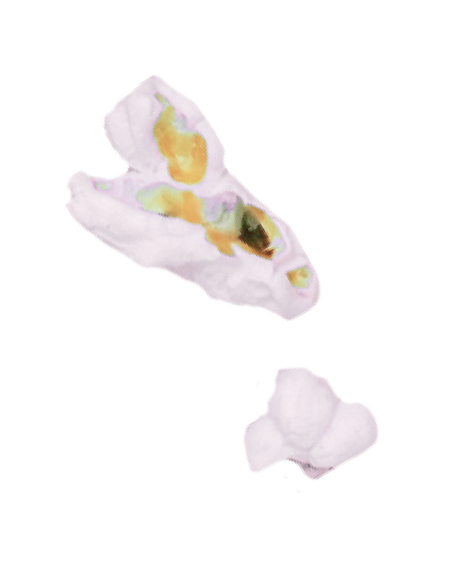 Today, it’s almost a third of 8-11s who visit the cinema monthly, and a further 3 in 10 do so every 2-3 months. Teens’ enthusiasm for cinemas also stems from the fact that they’re quite impatient with movie releases. Nearly 50% of those watching TV say they like to watch movies as soon as they come out, up from 42% in Q1 2021.

Watching TV/movies is also among the top sources of entertainment for Gen Alpha. It’s their most popular activity on the weekends (59% say this), and second-most popular after school (50%). Even post-pandemic, films/movies remain teens’ biggest interest (69%), while 8-11s rank it just behind animals/pets (70%).

Younger kids are more likely than last year to watch shows they can dance or sing to, while music is the fastest growing TV genre among teens. Content that’s sad or serious like drama or soap opera genres have seen dramatic decreases. It’s no wonder after two emotionally challenging years, Gen Alpha expect positive vibes from the content they watch.

Cartoons are one to keep an eye on. They’ve not only increased in popularity among teens in the past year but are also now their second-most watched genre just behind comedy (62% vs 60%). As one of the few genres that kept afloat during the pandemic due to animators being able to keep producing from home, cartoons continue to attract Gen Alpha’s attention. 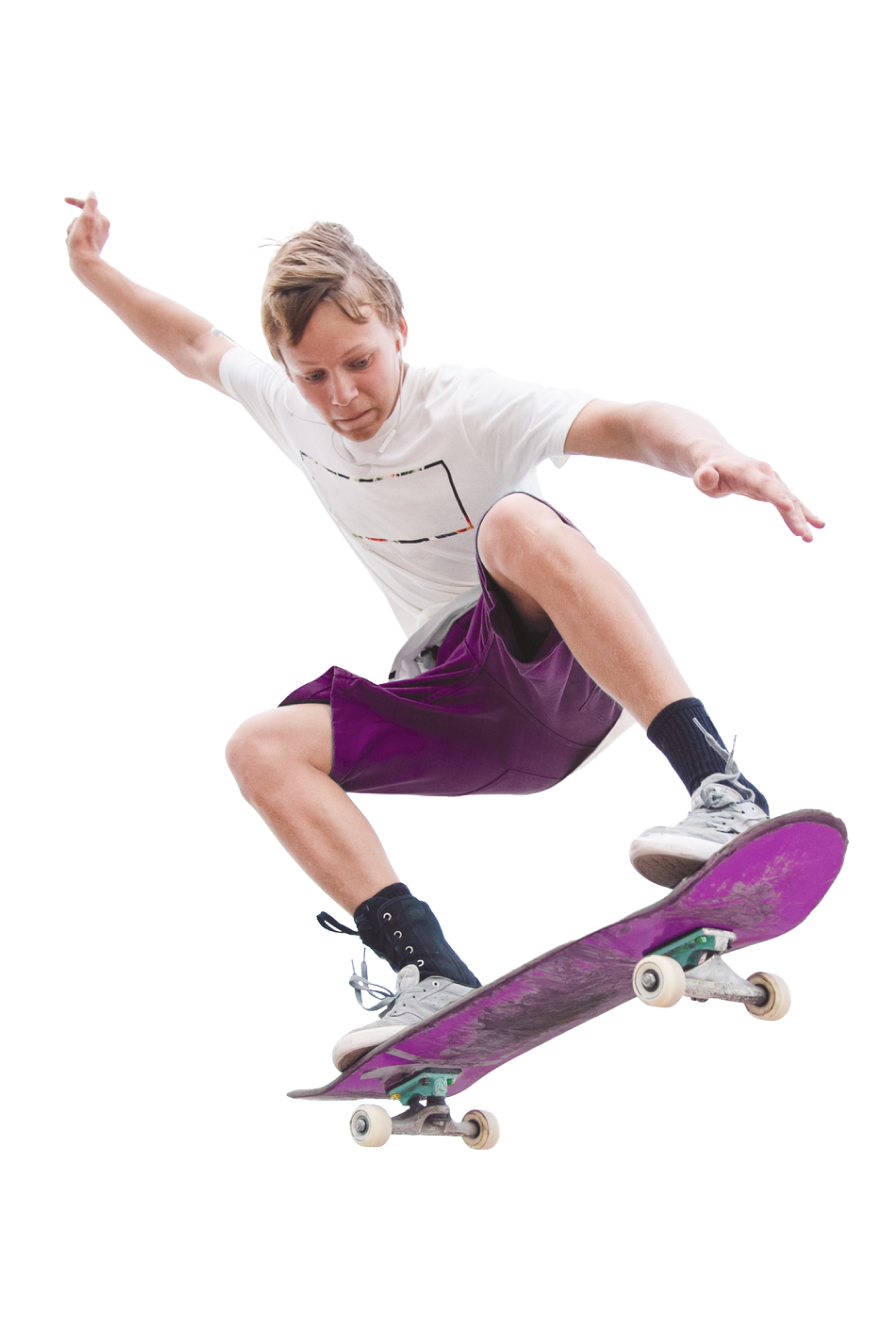 To many people, TikTok represents the future of social media and entertainment. Its popularity isn’t set to level off anytime soon, as it keeps seeing explosive engagement figures year on year (+18%). It’s now the app 13-15s are most likely to name as their favorite platform (1 in 5 do) – and it’s overtaken WhatsApp, Instagram, and Facebook since 2021 in order to get there.

The art of not taking things too seriously

Based on the % change, since Q1 2021, in the number of teen social media users who say the following are why they use platforms 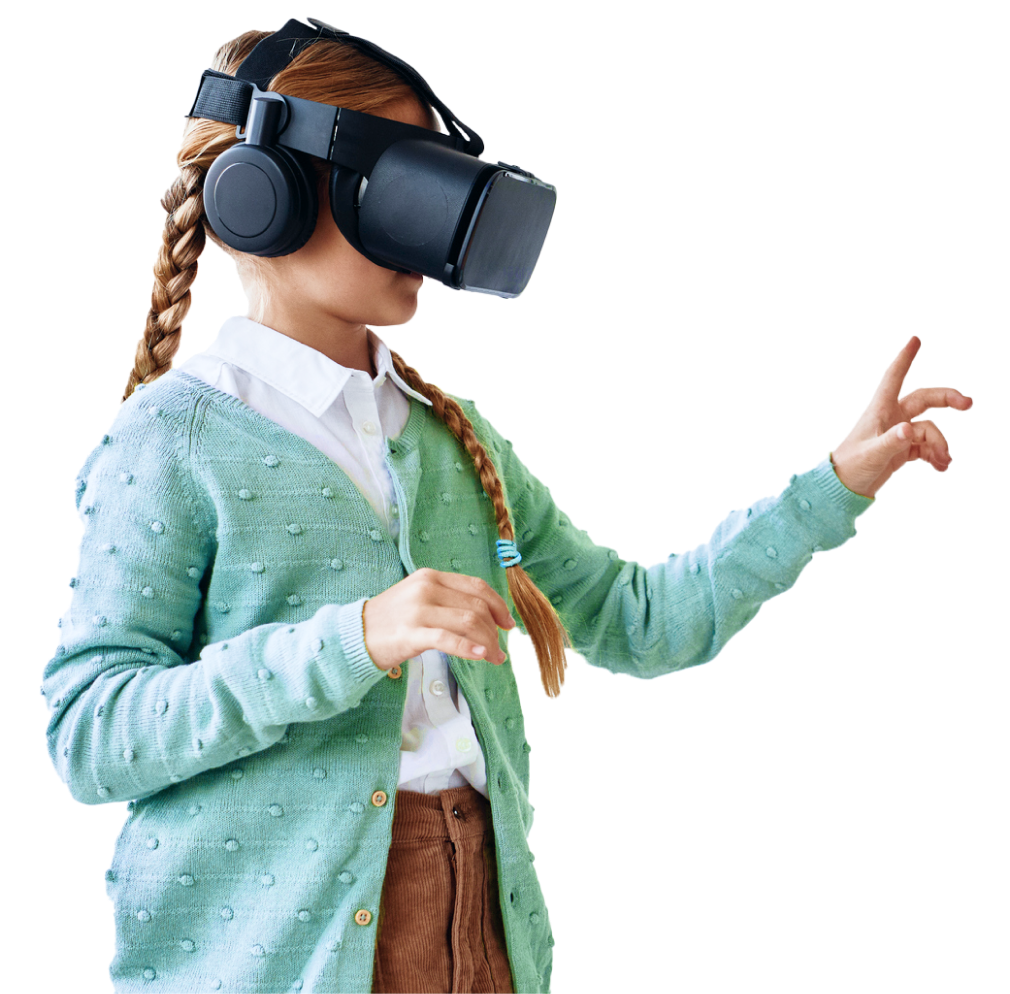 And gaming is all about being social

Virtual social spaces aren’t anything new – think Second Life or World of Warcraft. But the metaverse has been described by Mark Zuckerburg as the “next evolution of social connection”, a concept that has Gen Alpha’s name written all over it.

Today’s kids are a focal audience for brands eyeing up opportunities in the metaverse, partly because they’re already enthusiastic about in-game socials. Playing with friends is more common than playing alone, especially among 12-15s.

More importantly, it’s the general preference among kids, with under a fifth saying they’d rather play alone than with others. With Roblox having been described as the “most social ecosystem on the planet”, Gen Alpha’s experience with creation systems has not only sparked their imagination, but also prompted them to crave social interaction while playing: 48% of teen players want games to include either teamwork or events, rising to 56% among Minecraft users. 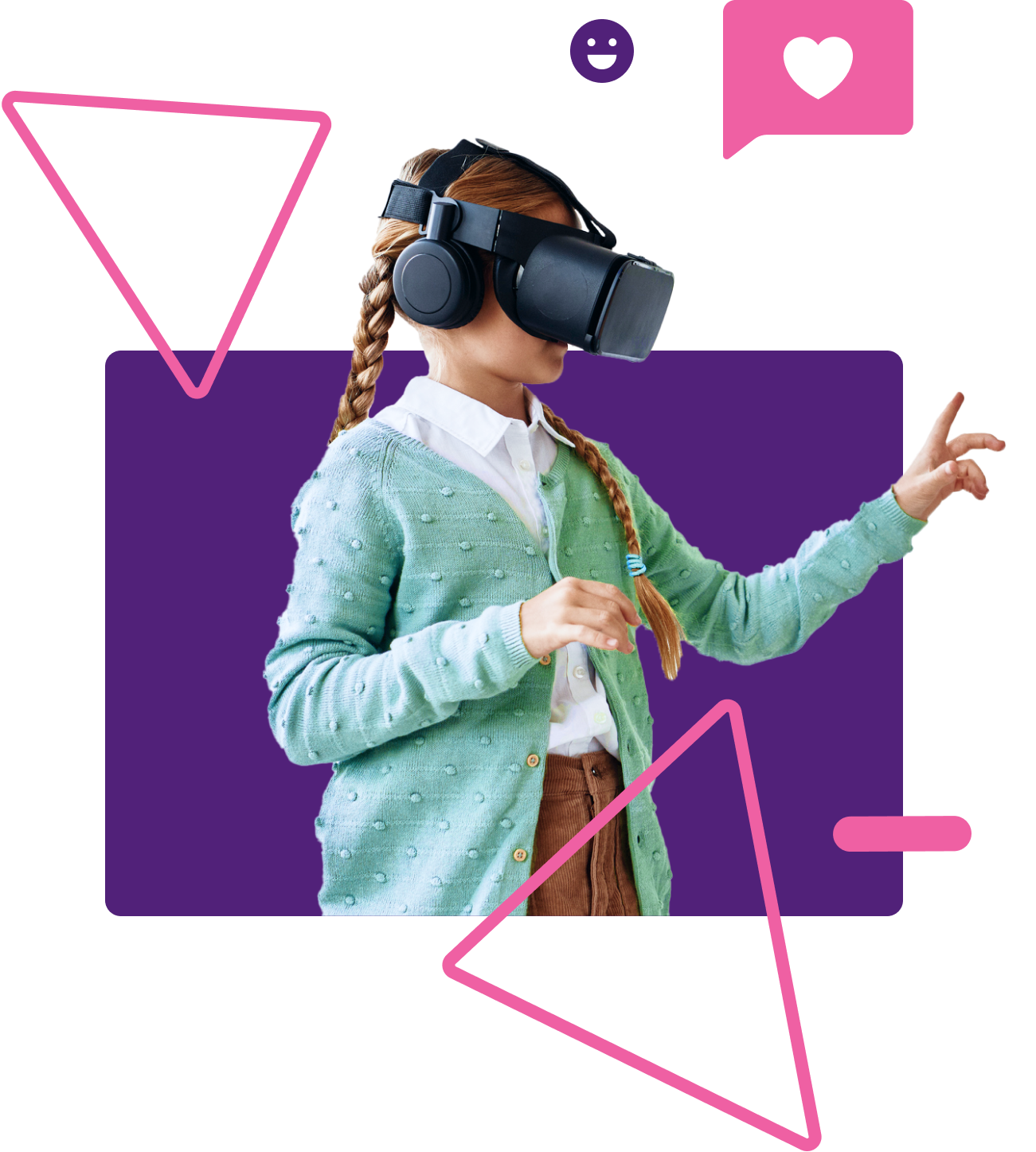 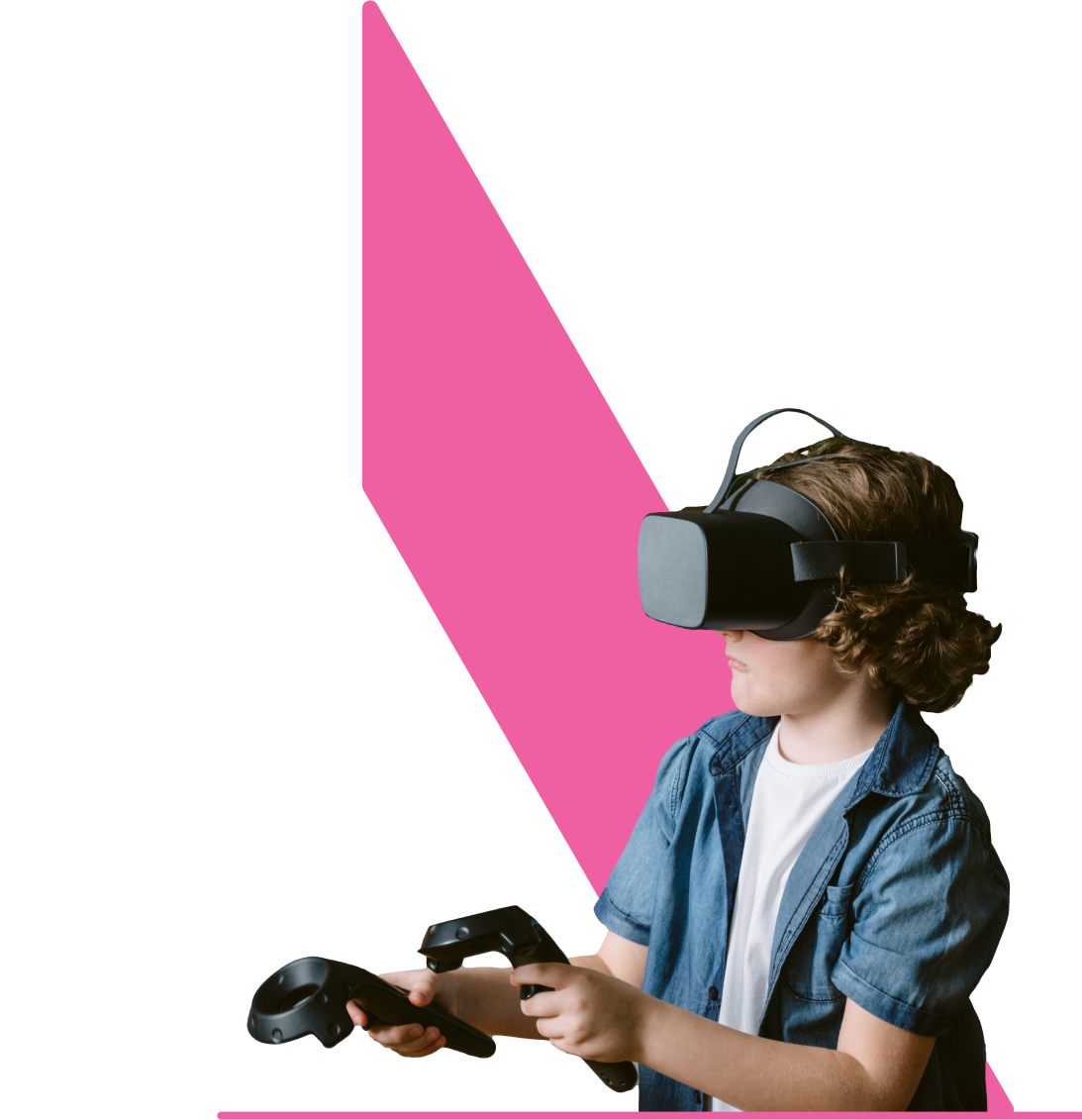 Want more insights on Gen Alpha? Dive into the full global report to understand tomorrow’s consumers. Uncover the complete picture of their social media habits, learn how important parental controls are to kids’ parents, know their thoughts on the metaverse, and discover what content appeals to them most.